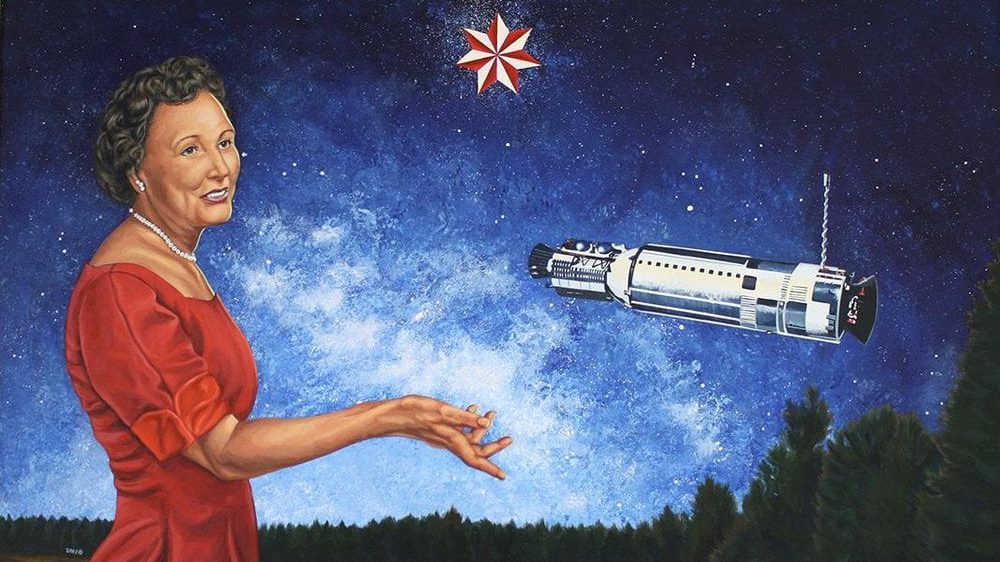 Hidden Voices: Reaching for the Stars with Mary Golda Ross

By The Morning BellNovember 22, 2022No Comments

Hidden Voices is a collaboration between the NYC Department of Education and the Museum of the City of New York that was initiated to help City students learn about the countless individuals who are often “hidden” from traditional historical records. Each of the people highlighted in this series has made a positive impact on their communities while serving as outstanding examples of leadership, advocacy, and community service.

In 1942, the United States had officially entered World War II, and mobilization efforts were in full swing not just abroad, but on the home front, too. Rationing programs placed limits on everything from gas to groceries, citizens were urged to purchase war bonds, and the now-iconic, “We Can Do It” posters featuring Rosie the Riveter were one of the many campaigns that called on everyone to do their part.

One of the many women who answered that call to service was Mary Golda Ross (1908–2008), who moved to California to join the Lockheed Aircraft Corporation as a mathematical research assistant that year. As a female mathematician, Ross already stood out, but her presence at Lockheed was groundbreaking in more ways than one: she was the first ever Native American woman to become an aerospace engineer.

Ross was born in 1908 in Park Hill, Oklahoma to a Cherokee family. She was the great-granddaughter of the renowned Cherokee Chief, John Ross, who advocated for his people at a time when Native Americans were facing great persecution, and ultimately led them as they were forced from their homeland on the treacherous journey now known as the Trail of Tears.

Despite her lineage, though, Ross admitted that it was not until later in her life that she understood or celebrated her Native heritage. However, growing up in the heart of the Cherokee Nation in Oklahoma, she felt that her family and community instilled Indigenous values in her throughout her childhood.

Ross’ image was featured on the United States’ 2019 $1 Native American coin. (Photo by the San Diego Air and Space Museum)

In fact, she explained that it was her upbringing in Oklahoma that contributed to her lifelong love of learning. At a time when it was still uncommon for women to pursue advanced degrees, Ross first graduated in 1928 from Northeastern State Teacher’s College in Tahlequah, the capital of the Cherokee Nation, with a degree in mathematics. She then later completed graduate coursework in mathematics, as well, attending what was then called Colorado State Teacher’s College from 1932–1938, and earning her master’s degree.

When she was not in the role of student, Ross often found herself in the role of teacher. She became an educator after receiving her first degree and taught for nearly 10 years in public schools. She went on to later teach at the Santa Fe Indian School, a government-run boarding school for Native Americans in New Mexico.

The war changed her career trajectory, though, as the shifting needs of the workforce led her to a job at Lockheed Martin. In that role, she worked with colleagues to improve the design of the P-38 Lightning, a fighter jet that was widely used by the U.S. Air Force at that time, and the first plane to travel more than 400 miles per hour. Meanwhile, she continued her education even further, this time attending the University of California Los Angeles Extension school. It was there that Ross would qualify as a registered professional engineer in 1949, becoming the first Indigenous woman in the United States to do so.

Before working at NASA, Ross worked at Lockheed Martin, where she worked on projects and designs that remain classified to this day. (Photo by Northeastern State University Special Collections and Archives)

With this major accomplishment came new opportunities, and in 1952, she would be one of the first employees to join a secretive group at Lockheed known as Skunk Works, where she was the only woman on the team besides the secretary. However, much of what Ross did as a part of Skunk works, which involved improving the designs of military aircraft, remains classified, even today. As a result, many of Ross’s major contributions are likely still unknown.

That said, what we do know of is impressive on its own: Ross became an aerospace engineer in the early days of the Cold War and the Space Race in the United States, and therefore worked extensively on projects related to the performance of ballistic missiles and other defense systems. She also often worked with NASA, developing operational requirements for spacecraft that would later be vital to the Apollo program. Considered one of NASA’s “Hidden Figures,” she also helped write their Planetary Flight Handbook about space travel to Mars and Venus.

When she retired in 1973, she had reached the rank of senior advanced systems staff engineer. By then, she had completed work on some of the earliest concepts for interplanetary travel, including fly-bys of Mars and Venus, crewed and uncrewed Earth-orbit flights, and more, laid the foundation for missions that would not come to fruition until after her death in 2008, at the age of 99.

One mission where Ross’s impact is clear was Crew-5, which took several astronauts to the International Space Station in October 2022. On board was astronaut Nicole Mann, a registered member of the Wailacki of the Round Valley Indian Tribes, and the first Indigenous woman to ever travel to space.

Ross (left) inspired generations of women engineers to follow in her footsteps. Here she’s with Akiko Inoue (right) after she was awarded a certificate from the Society of Women Engineers. (Photo by Walter P. Reuther Library, Wayne State University).

Beyond her own career, Ross was an advocate for both women and Native people pursuing careers in science, technology, engineering, and math (STEM) fields. She was a charter member for the Los Angeles chapter of the Society of Women Engineers and was active in the American Indian Science and Engineering Society.

Today, Ross’s legacy is remembered by many, and tributes to her include a statue at Oklahoma’s First Americans Museum, a $1 commemorative coin, and a portrait at the National Museum of the American Indian entitled, “Ad Astra Per Astra,” a play on the Latin phrase, “ad astra per aspera,” that means “to the starts from the stars.”

Whether as a teacher, engineer, or advocate, Ross paved the way for many women and Native people who came after her. Reflecting on her career in an interview at age 91, Ross said, “I have been lucky to have had so much fun. It has been an adventure all the way.”

Banner painting by America Meredith of the Cherokee Nation. Courtesy of the National Museum of the American Indian.

Official blog for the NYC Department of Education, home of a million students across 1,800+ schools

Time for Thanks and Gratitude